Earlier this summer, I received a message in my inbox with a question: How does the outdoor lifestyle serve as a foundation for my life?

I stepped away and took some time contemplating thoughts and experiences to best capture the essence to the answer to that inquiry.  The folks at the U.S. National Whitewater Center, located in Charlotte, NC, we gracious enough to offer the opportunity to share my thoughts on the notion of competition.  Click the image below to check out the response with a couple additional contributions from fellow adventurers John Fiddler, Kathleen Egan, & Gina Lucrezi.  Provided below the image are additional thoughts and snapshots developed along the way.

The consolidation of the tribe…a notion felt every instance leading up to an adventure in the great outdoors regardless of the duration. Being amongst a collective of kindred souls is like a dose of Vitamin G, and I don’t mean riboflavin, to the spirit—Vitamin G(ood). These mini-reunions spark new ideas in life, business, and future adventures. It is a time to cherish relationships built within a community that reaches far beyond the boundaries of everyday life. 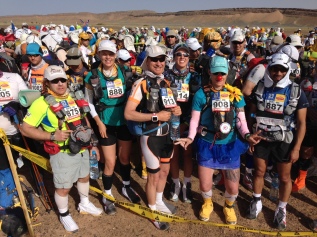 The Start of the 2015 Marathon des Sables [Morocco]

Wanderlust. I believe the concept of traveling to experience novel surroundings resides in us all. Some of the most cherished memories on this little, blue orb called Earth have stemmed from experiences undergone while on foot in some pretty dope places few people will ever witness.  By experiencing moments of uncertainty in environments far removed from our daily norms and familiar (comfortable) surroundings, we facilitate the beginnings of personal growth and transformation into better (enlightened) versions of ourselves. 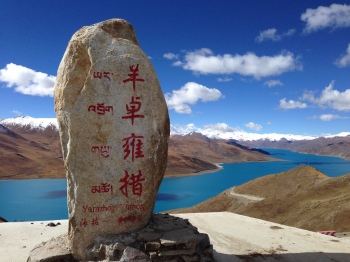 Pausing for rest along the Foothills Trail Thru-Hike [South Carolina]

Traversing a Hered Asfer Jebel deep in the Sahara [Morocco]

Competition. Whether it is the aim to strive in a concerted effort to race swift from point A to B, or an intrinsic desire to simply be better a better version of one’s self on a given day, there is an element of competitiveness in humans. Regardless, of how we perform with respect to ourselves and each other, Mother Nature will always put some form of adversity in our paths. Through the struggle, we realize undiscovered weaknesses and levels of untapped strength in reserves. 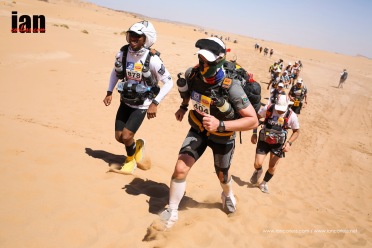 Racing along beds of sand during Day 4 of the 2015 Marathon des Sables (Morocco) [credit: Ian Corless] 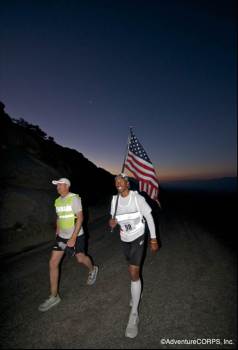 Reverence, Respect, & Humility. Innumerous times, I have stumbled upon places in nature at just the right moment where either the lighting is amazing or one simply stops out of sheer appreciation of where they are in time and space. Sometimes, there is an element of admiration and respect for sites of cultural significance. Other times, the promise of immediate physical danger is blended with an overwhelming desire to see how far the rabbit hole goes.

The greater good. What is that? We toss out the term, but how often does deep introspection occur regarding it? In my current life, I believe the greater good comes from raising awareness and social action at the micro-level-whether it takes the form of volunteering, coaching, fundraising, running to bring light to a specific issue, event directing, and so forth. The endstate is growth through awareness.  The only way I see to make that happen is to step forward and put one’s self out there when the moments present themselves and/or when one possesses the capacity to shape these moments from the abstract into reality.

Life has been a blessing to bring me into contact with others at the right time and place to make that happen.

Retracing the Footsoldier’s route of the from Selma to Montgomery on the 50th Anniversary of the March [Selma, Alabama] (credit: Harvey Lewis)

#Repost @bigfish_foundation with @get.repost
Two humans. Two boards. One river. We knew it could be challenging and there were a couple of moments. But overall, it was worth and 10/10 would do it again and recommend a friend.